This itinerary is the continuation of the Antarctic-Atlantic Odyssey program, once arrived at Santa Helena Island, on day 32, there is the option to continue the cruise north towards Ascension Island and Cape Verde. This trip extension is 10 days and 9 nights. We sail along the mesoatlantic dorsal leaving from Santa Helena Island to Ascension Island. Then we advance through Ecuador to disembark at our final destination on Santiago Island: Praia, capital of Cape Verde. 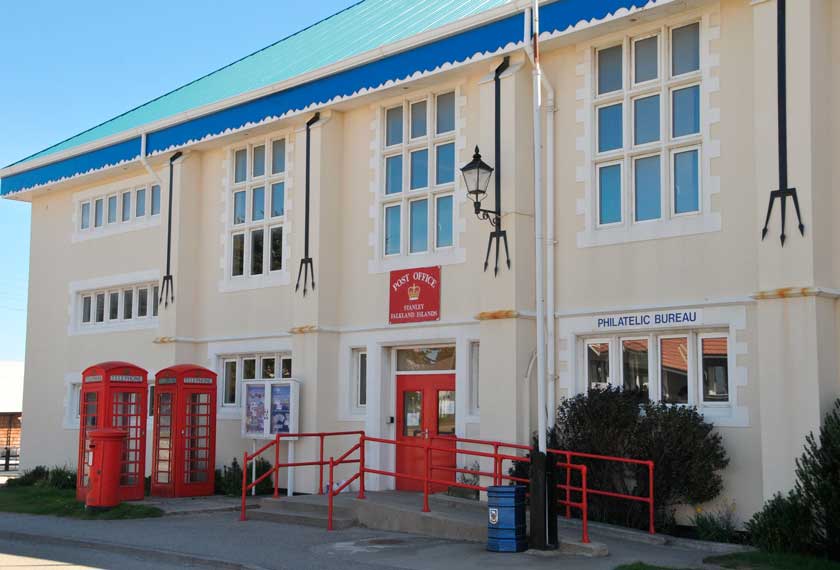 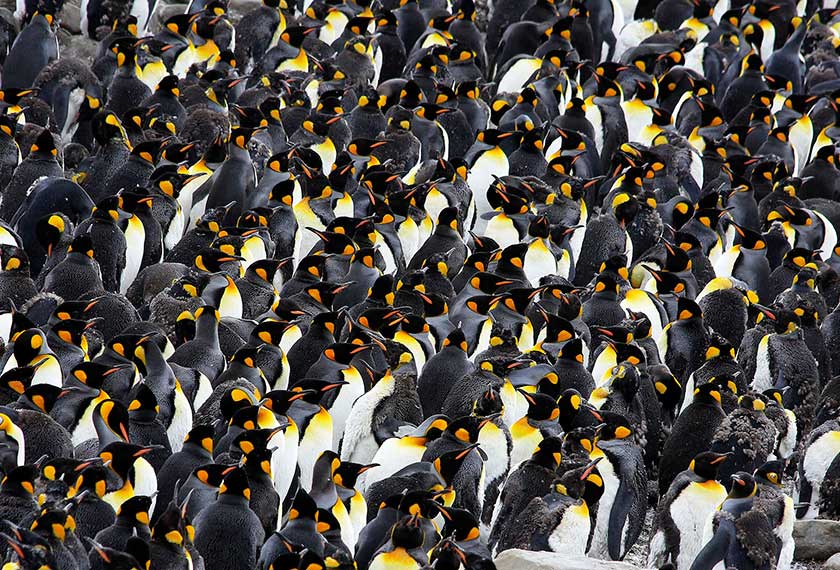 An extraordinary journey in search of the Emperor Penguin in Snow Hill: following the footsteps of one of the most beautiful endemic species on the planet, reac... 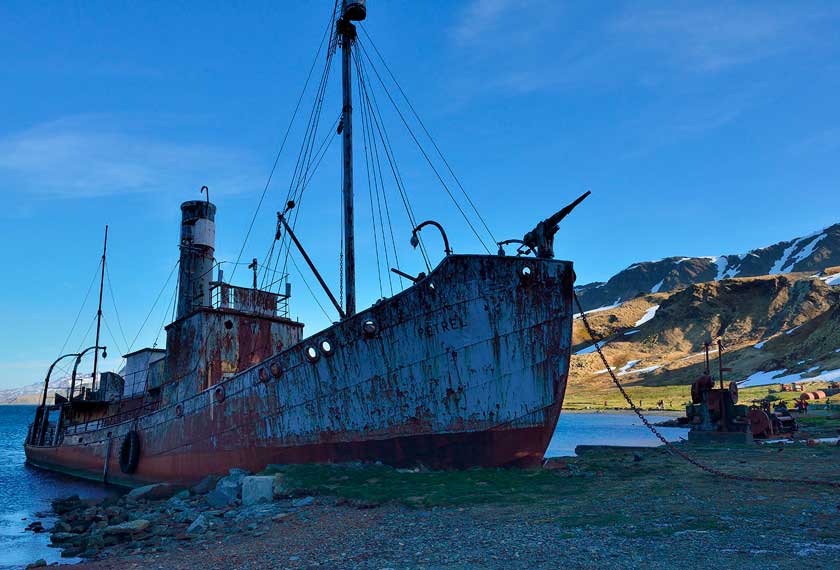 It´s a trip starts from Santa Helena Island, in Jamestown City, connecting the trip from Ushuaia that begins in Antarctica and back to Tierra del Fuego again to continue towards South Georgia and from there to land north by the Atlantic Ocean visiting the South Atlantic Islands. After visiting Jamestown with its british culture and tradition, knowing the house of Napoleon Bonaparte, we continue north towards Ascension Island.

On this island we will see an important colony of Sooty Tern or better known in Spanish as charrán sombrio or golondrina de mar. It is a pelagic species that remains for a long time in the open sea and that approaches beaches for reproduction, so it is common to see it on Ascension Island and along the entire coast of Ecuador. In winter begins its migration in search of more temperate places. On the shores of Ascension Island we can see green turtles, of the species Chelonia Mydas, from South America, this sea turtle migrates for reproduction between the months of December until June. We see Moorish crabs. We continue our atlantic voyage by high seas for 4 to 5 days to approach Ecuador to disembark at our last destination: Santiago Island. On this island is Praia, capital of Cape Verde.

Cape Verde, or rather, Republic of Cape Verde, is an independent african state, located in the Atlantic Ocean, on the volcanic archipelago of Cape Verde, opposite Senegal and Dakar City. It is a semi-presidential country and its territory is formed by 22 municipalities, its most important city is its capital: Praia. Portuguese is spoken and they integrate the community of portuguese-speaking governments. This region was desolate until the early fifteenth century that was colonized by the Portuguese to concentrate a place dedicated to the slave trade. Santiago Island is the largest of the islands that make up the archipelago of Cape Verde and they are part of the leeward group and in it is its capital: Praia. This city grew since its independence in 1975, now has 135,000 inhabitants. Another city is Santo Domingo, located in the homonymous valley, inside the island.

The industry is primarily fishery-agricultural and manufacturing. Coffee, sugarcane and tropical fruits are exported from its port. The best known neighborhood is Plateau where we can see the presidential palace dating from the 19th century, the former residence of the portuguese governor during colonial times, we can also see the old town hall, the neoclassical church of Nuestra Señora de Gracia, the ethnographic museum and the Monument of Diogo Gomes, portuguese navigator who arrived in Santiago on 1640, considered the discoverer of the island. 15 km away is old town (Cidade Velha), the old capital. Further north is Assomada Town, famous for its market and its Tabanka museum, then follows Tarrafal with its extraordinary beaches known for international tourism, other cities in Puerto Mosquito or Santa Ana.

We begin the trip in the Jamestown City, with a privileged location and its english culture and an ideal tropical climate and surrounded by endemic birds typical of the volcanic island. You can get to know the Longwood house, where Napoleon died in 1821, you can also ascend the 699 steps of Jacob's ladder. If we have more time you can go for walks in the city or snorkel with tropical and subtropical fish.

It is one of the most remote inhabited islands on earth and though is known for hosting Napoleon when he was exiled, living his last years of life, this island keeps interest. In 1502 Joao da Nova traveled back to Portugal on a mission to the Portuguese crown, discovered this volcanic island and put Helena by Helena de Constantinopla. It is located 2,789 miles from the West African coastat the level of Angola. It is a desolate place excessively quiet and full of friendly people who greet us with a smile. Unlike Tristan da Cunha St. Helena Island has a good anchorage and accessible place to land ashore. On the island we will have several opportunities to enjoy the local culture, pleasant climate, endemic plants and birds. We will visit the place where Napoleon lived in exile. There is also the chance to explore the island in particular.

We sail along the mesoatlantic dorsal, the underwater mountain range that runs about 16,000 kilometers (10,000 miles) from the Arctic Ocean to almost the southern tip of Africa.

What is the mesoatlantic dorsal? It is an underwater boundary between tectonic plates that extends along the Atlantic Ocean, in other words, it is a mountain range below the sea. In the north the plates of North America are separated with the plate of Europe and in the south the plate of South America with the plate of Africa. The dorsal goes from Greenland to Bouvet in the South Atlantic. Despite being below water, it has elevations above sea level, such as Iceland.

Today we arrive at Ascension Island, it is a volcanic island with a moist soil rich in vegetation, with forty-four asleep but latent craters (not dead). We spot an important colony of Sooty Tern, also called a dark tern, of more than 1 million breeding pairs, known as Tern, is typical of the tropical region of Ecuador, very characteristic of Polynesia. We will trek on the Island, whose highest mountain measures about 900 meters, is the Green Mountain. It is possible to visit the coast since in its beaches you can see green turtles.

Ascension is an island in the Atlantic Ocean, midway between America and Africa, 1,287 km northwest of St. Helena. There are small islands that complement such as Boatswain Bird Island as and Bird Rock to the east, the rock Tartar in the West and White Rocks to the south. It is not habited by Indians, its roughly 1,000 people are the vast majority coming from the neighboring island of St. Helena and the rest is made up of English and American. The most important places, are: Georgetown, harbor and capital of Island; Cat Hill is the American military base, Traveller's Hill is the residence of the people working in the Royal Air Force and Two Boats Village where the upper class society lives. The rural area is located on Green Mountain.

Navigating in the direction of Ecuador, to cross it, during the trip we are witnessing how the birds that go north are migrating in spring, such is the case of the Arctic terns and long-tailed skuas or arctic seagulls.

In the early morning we will arrive to Praia and the estimated time of disembarkation will be around 9:00 PM. Once landed the Antarctic-Atlantic expedition to remote locations of our planet earth will end, we live on a very unique and private experience, as very few people were able to discover these almost virgin and remote destinations in the daily world in which dwell the vast majority of human beings.

Praia is the capital of the islands of Cape Verde and the largest population, about 125,000 inhabitants. It is a major export port for coffee, sugar cane and tropical fruits. Charles Darwin visited Praia on his journey with MS Beagle, he dazzled with tropical vegetation and tasted the first bananas in his life. Its colonial monuments are in the Praca Alexandre Albuquerque, this is a beautiful square in the old town. Outsands the Presidential Palace dating from the nineteenth century Igreja Nossa Senhora da Graca (church) and the Palace of Culture. A panoramic view of the bay and Ilheu Santa Maria is a tiny rock where centuries ago worked a leprosarium, is admire from typical fort of the city. We found an active Fruits and Vegetables Market where you can buy local products of the island, such as bananas.

Those who take the night flight can enjoy an excursion in Praia de Sao Tiago. You can visit Cidade Velha, an exquisite town marked by history. At the top of the hill stands a huge fortress, built to deter english pirates at the time that the Spanish and Portuguese crowns were united and ruled over these colonies. At that time, the islands were easy targets for privateers like Drake and Raleigh. You can also see the ruins of the Cathedral, the oldest Catholic church in the Tropics, and the site where the slave trade post worked, in the main square. The town has a lush environment with sugarcane plantations, which are the input for the manufacture of local rum, and also serves as a habitat for several bird species. During the walk you can enjoy the musical culture (folklore) of the island that invites to be heard in each bar next to a glass of rum.

Important: This trip can be hired on the 32-day Antarctic-Atlantic Odyssey or 23-day Atlantic Odyssey, it would be the continuation of the 32nd day on the complete trip that makes Antarctica and the Atlantic Ocean and the 23rd day on the trip that exclusively does The Atlantic ocean. For this reason, complete trips reach 41 and 32 days respectively. Furthermore, this 10-day trip from Santa Elena to Cape Verde CANNOT BE CONTRACTED INDEPENDENTLY, IT IS A CONTINUATION OF THE ABOVE-MENTIONED TRIPS: ATLANTIC ANTARCTIC ODYSSEY - FROM USHUAIA TO SANTA HELENA Y ATLANTIC ODYSSEY - FROM USHUAIA TO SANTA HELENA. 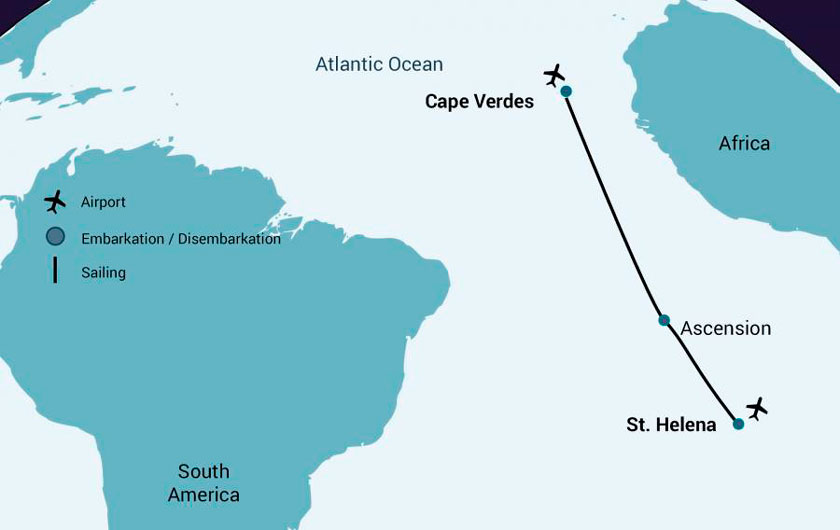