The tourist circuit of the Central Region of Argentina and Cuyo includes 4 provinces: Mendoza and San Juan (Cuyo) and Córdoba and San Luis. The twisted terrain of Cuyo is supported by the Cordillera de los Andes (Andes Mountain Range), where the Aconcagua rules as the highest peak of the Americas. The highest peaks of the continent are found in Mendoza and San Juan. The Cordillera de los Andes exhibits green valleys and deep canyons, and reaches 22,830 ft. The imposing Mount Aconcagua is almost part of the skies and the moon valley of Ischigualasto displays rocks that inspire fantasy. In the center part, wild rivers, calm lakes, charming towns and modern cities offer beautiful sceneries, art and history. An ideal combination for both quiet contemplation and adventure.

An important culture, heir to the old aboriginal civilizations, Spanish conquerors and European immigrants have developed on the hillsides. The members of this culture have created their own identity by struggling to transform the barren environment into today’s fertile and rich region. This land is synonym of wine harvest, wild rivers, year-round snow and nice people. Vine cultivation and wine production are the main economic activities in the region. The most important cities are Luján de Cuyo, Maipú and San Rafael, in Mendoza and Valle de Ullum, in San Juan. Vegetables, fruit and olive trees also have an important role. In San Juan, Ischigualasto, better known as the Valle de La Luna due to its appearance, is a desert-like valley where erosion created astonishing shapes on the rocks. 200 years ago, this was a well-stocked garden inhabited by dinosaurs.

Córdoba and San Luis are regarded as the heart if Argentina. Córdoba is a great metropolis exhibiting a unique architectural legacy. It offers a number of tourist destinations and the silence of its hills, crystal water shoreline kiosks and perfect spots for adventure sports. The Comenchingones left archeological remains and were known as warriors. The Spaniards founded towns and cities and the Jesuit established churches and “estancias.” The temperate weather and the rich flora and fauna helped the appearance of settlements along rivers, hills and valleys. Córdoba’s people and “puntanos” incorporated their beliefs, art and high level of development.

Mendoza and San Juan compose the Cuyo Region and offer a number of itineraries. A visit to Mendoza, the beautiful capital city at the foot of the Andes, is the starting point for a tour that includes history, mountain air and the best wines. The road to the high mountains along the Río Mendoza is bound to amaze you. The Cañón del Atuel in San Rafael is a geological formation of unexpected beauty, with lakes and impressive rock walls. You can practice extreme sports, such as rafting, kayaking, climbing, etc. Tasting a good wine in Mendoza’s wineries is a pleasurable experience. You can taste them in Valle del Uco, where you will find high-level vineyards or you can take the classic tours around the capital, visiting Luján de Cuyo or Maipú. The 22,830-feet Mount Acongacua is the colossus of the Andes and a destination for many climbers around the world. Together with Puente del Inca (a product of thermal erosion by the sulphurous waters of Rio de las Cuevas), they are two fantastic natural attractions in Mendoza.

San Juan has the Parque Provincial Ischigualasto (Ischigualasto Provincial Park) where you will find shapes sculptured by wind, moon-like soil and reddish hills. A unique reserve of fossils, where you fancy being walking on a different planet. You can start by visiting the city of San Juan, its squares and main buildings, such as Sarmiento’s birthplace. Then you can continue exploring the surrounding areas until you reach Parque Rivadavia and the Ullum dam. San Juan is a synonym of Ischigualasto, better known as Valle de la Luna, a unique scenery in the world. The valley is an enormous paleontological site dating from the Triassic Period in the Mesozoic Era. It was declared world natural legacy in 2000. While the torrid wind blows and the blazing sun shines, you will visit the towns in the north part of San Juan. This is another worthwhile tour in the province. On this route you will find a historical chapel, dam Cuesta del Viento and a number of adobe house. You will go up to Barreal through the valley of Calingasta, northbound.

Trips to Córdoba start on its beautiful colonial capital, around its historical center, the Manzana Jesuítica and its surroundings. Córdoba, “the learned one”: The Jesuit settlements left an extensive architectural, cultural and religious legacy. Afterwards you will visit the Valle de Calamuchita close to Villa Carlos Paz and Dique San Roque, an area of rivers and pools fit for adventure sports and offering many attractions such as the colonial village of Alta Gracia and the imposing Quebrada del Cóndor. The enchanted valley on Córdoba’s hills is inhabited by old Jesuit churches and estancias (Road of the Jesuit Estancias) emerging from wooded hills, rivers and streams where dams and shoreline kiosks abound.

San Luis is a dream of nature and its peaceful atmosphere can be felt on its hilly sceneries, old gold mines, Prehistoric caves, paradisiacal lakes and the Sierra de las Quijadas National Park. El Potrero de Funes is the valley where the first dam of the province was built. Another attraction is the natural reserve at the shore of La Florida reservoir. In this reservoir you can watch native wildlife such as the puma or the black-chested buzzard-eagle. La Toma is one of the few places in the world where the process of onyx marble mining is carried out. The whimsical shapes of the rocks, the immense valleys and the rocky walls make of Las Quijadas National Park a special spot. Merlo is located in a valley at the base of the hill of Comechingones. Its microclimate and the variety of birds make it one of the greatest attractions in the area.

The trips through Mendoza, San Juan and Córdoba are:

We add the Catamarca province travelling up to the Cuesta del Portezuelo, we enter a magical and charming site: Laguna Brava (Lake) visiting the two wonders of the region: The Talampaya and Moon... 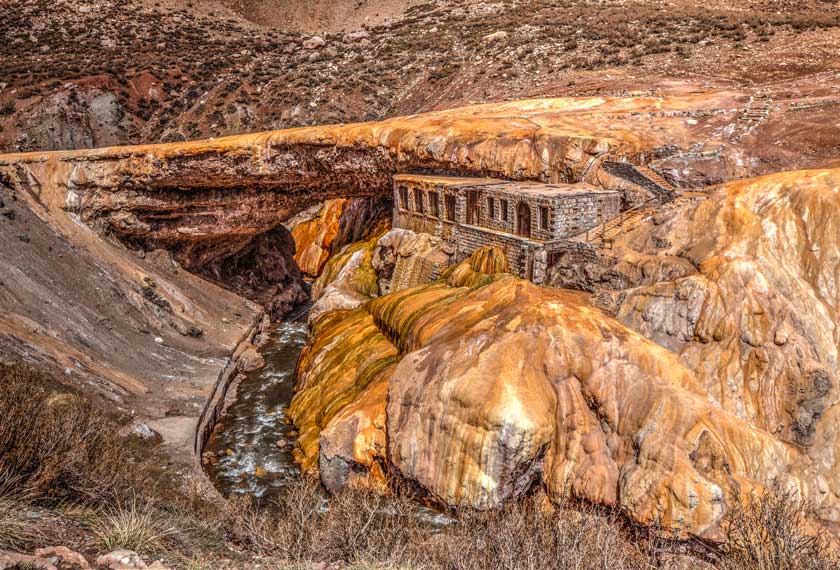 Mendoza presents endless attractions to discover, from the roads to the Cordillera de los Andes (mountain range) by the Mendoza River or by Villavicencio and the wine routes knowing handicraft production wineries as well as industrial ones in zones like Maipu... We go to San Rafael to complete the large itinerary along the Mendoza province. We start with a different Mendoza travelling at night, then we follow the Mendoza wine trace to know the Malbec production. We climb up the Cordillera... 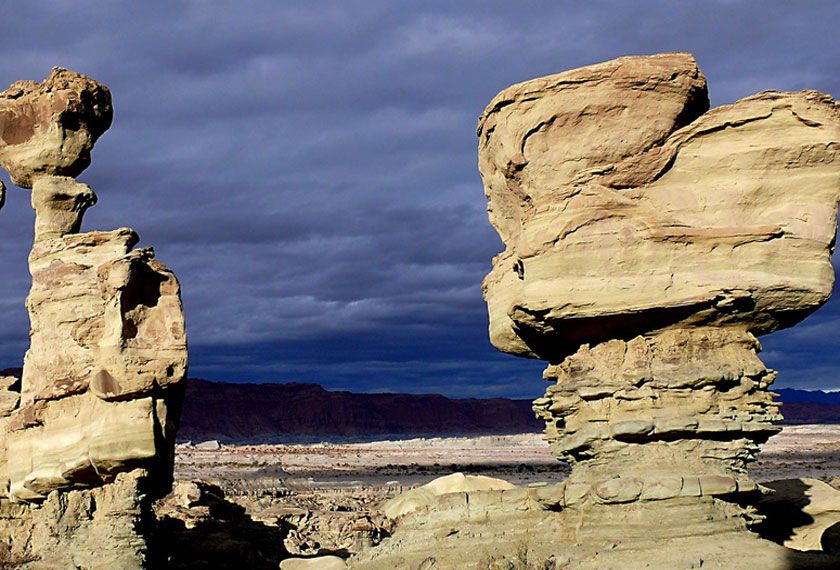 San Juan: Valley of the Moon

An exclusive itinerary in San Juan, to know in detail every natural attraction and the city. We start visiting the Valle Fertil, before we visit the Difunta Correa in the Vallecito Town. Our San Juan tour continues through its capital city...

A very complete program travelling through the 2 provinces in the Argentine North: San Juan & La Rioja. We discover its best places, the Valle de La Luna (Moon Valley) in Valle Fértil, San Juan and the Talampaya Canyon in the... 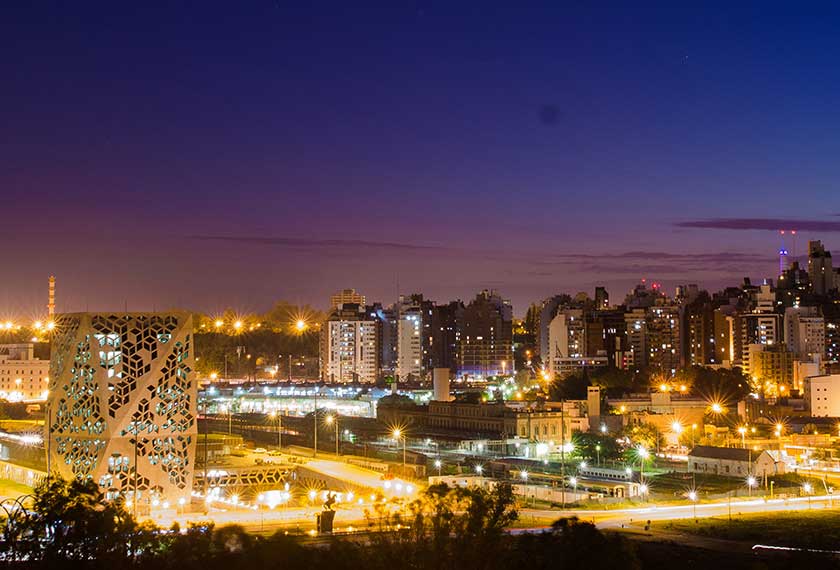 We travel around Cordoba knowing its capital city which summarizes the colonial times and the Jesuit mission, then we go to the Cumbrecita, through the Altas Cumbres reaching the towns of Mina Clavero and Cura Brochero, we go along the traditional and... 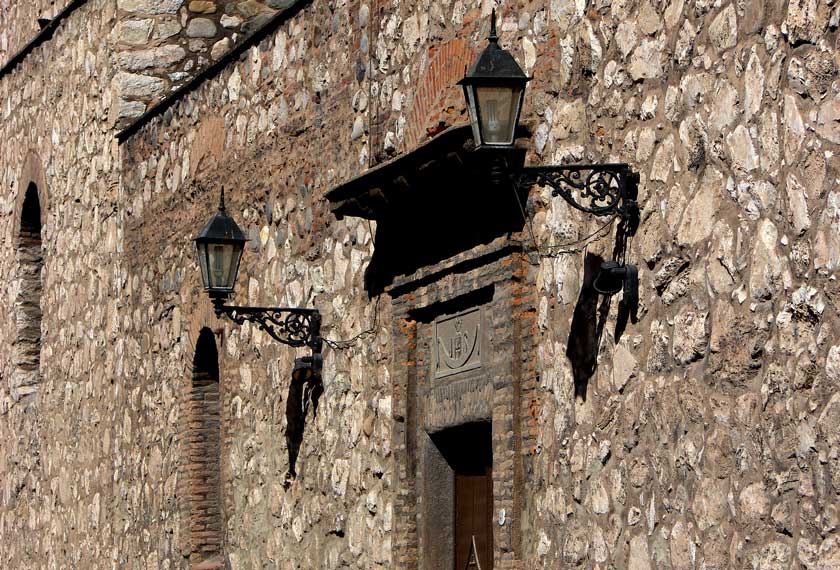 A new program that joins Córdoba with the north of Argentina. We go to Córdoba to see the route of the Jesuit Estancias, the Calamuchita Valley and Cumbrecita. Later we carry on north to Tucumán to do the Grand Tour that includes the...