The air-cruise to the Antarctic Polar Circle that departs and returns by aircraft, optimizing the maximum our stay in Antarctica (aircraft-aircraft). It starts from Punta Arenas by aircraft to the island more great of the South Shetland: King George Island. This is the starting point of our trip to Antarctica. The return takes place in the same way, returning to Punta Arenas from King George Island by aircraft. The program has few departures and is the longest of all air-cruises to Antarctica. These itineraries are made in the M/V Ocean Nova or in the M/V Magellan Explorer. 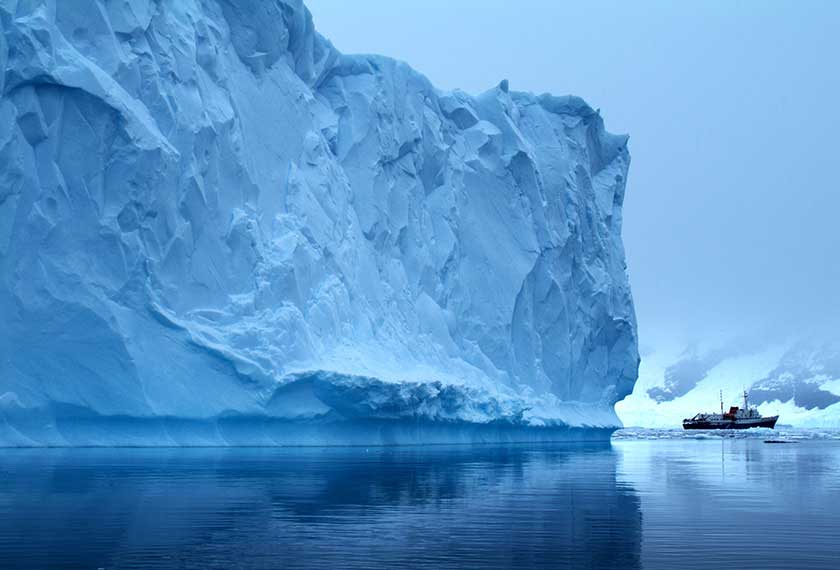 A trip to the Classic Antarctic, different from the rest of the traditional programs, because we combine the air flight departing from Punta Arenas to the South... 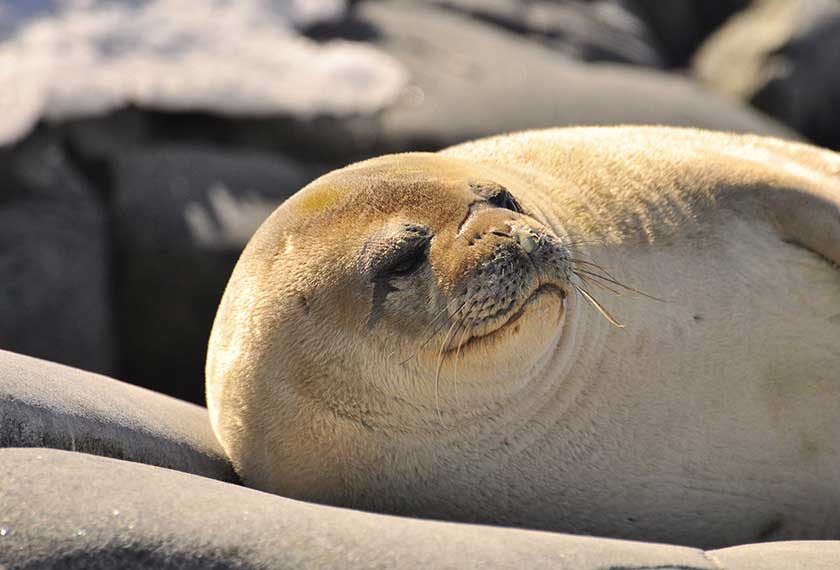 In contrast to the aero-cruise express route, this program to Antarctica is the largest of the 3 routes, lasts for 9 days and starts from Punta Arenas, like the traditional route and return by aircraft. The first 2 days does not differ from the classic program of 7 days, then the journey to Antarctica is longer and after a few days we will fly over the Drake Passage to Punta Arenas.

During these days we will sail the route that separates the Shetland Islands of the Antarctic Peninsula, leaving on the way some beautiful fjords and icebergs that impact for its size, with the pleasant company of a rich marine wildlife, from birds to penguins, seals and whales. As we move forward in the journey we get to visit Caleta Cierva, Port Lockroy, Petermann Island, Paradise Bay, Lemaire Channel and Prospect and Fish Islands. It all depends on each trip and climatic conditions during navigation. The main goal is to cross the polar circle.

This border, one of the parallels that mark the maps of the Earth, is located at latitude 66° 33' 44" south of the Equator and marks the Antarctic Territory according to one of the definitions. The Antarctic Circle experiences a period of 24 hours of continuous light at least once a year, which means that the Sun is above the horizon for a whole day. The reason for this phenomenon is that the axis of the earth is tilted by 23.5 degrees. But in addition there is a day in the year in which the Sun stays below the line of the horizon, for the same reason. During these days we will make several landings in Zodiacs, we will learn about life in Antarctica thanks to lectures given by experts in the field.

On the last day we start the return to King Island, also called Isla 25 de Mayo (the Russians call it Waterloo Island). It is the largest of the archipelago, separated from the Nelson Island by the Strait Fildes. From the Frei Base with a Chilean flag, we will board the flight to Punta Arenas. The night of the 9th day is included, as in the classical and express programs, it must be booked in advance. Dinner is not included.

Breakfast at the hotel. Transfer to the airport of the city of Punta Arenas. End of services. 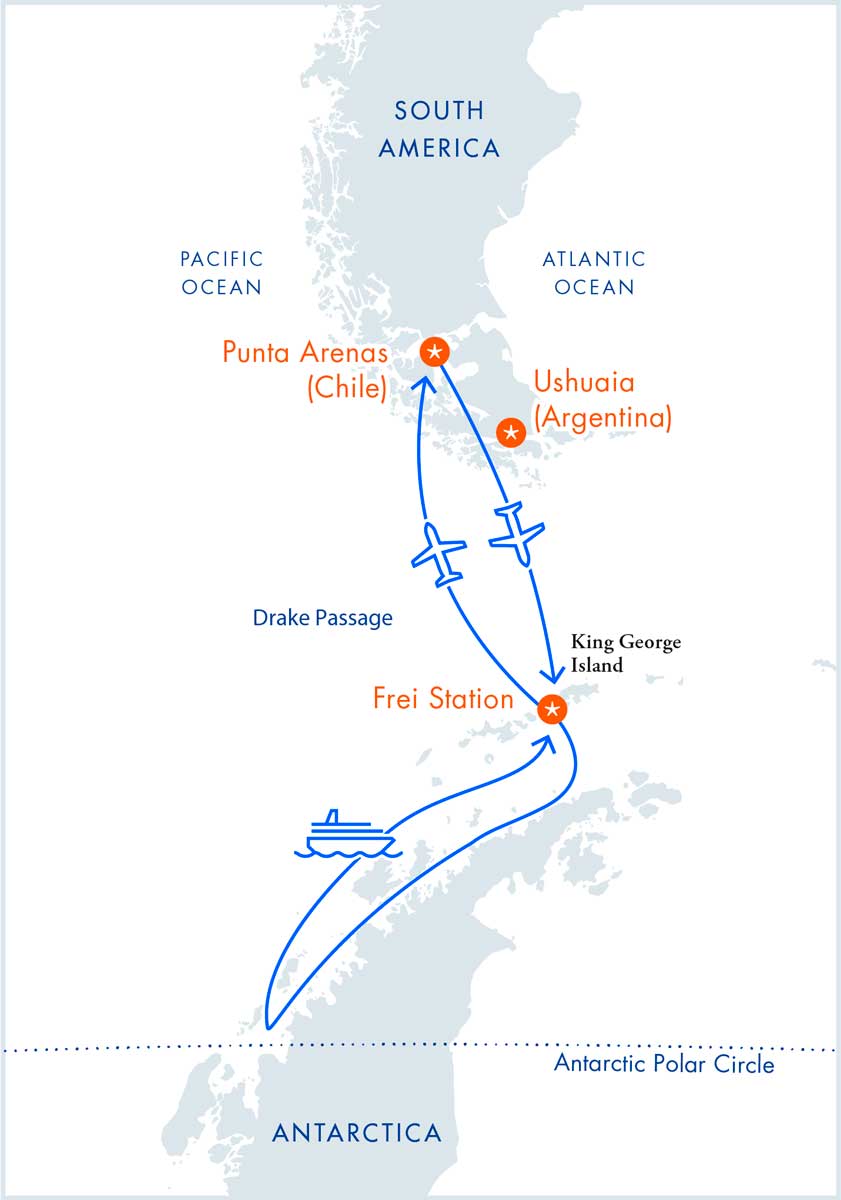